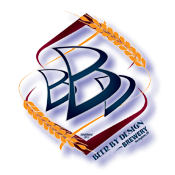 Beer By Design offers 3 unique brew series. As they put it “We celebrate the history of craft brewing while introducing new and innovative flavors. Explore each series to find your favorite flavors.”

Following the American craft beer style, Beer By Design’s beers use the finest two-row grains, hops and yeast. Special mashing and kettle processes, developed by Brewmaster Vance Sabbe, are observed. These uniquely refined brewing techniques help create beers that are cleaner tasting and more visually appealing than most other craft beers. This is accomplished without the use of flavor-stripping filtration devices or additives.

I look forward to visiting Beer By Design Brewery and trying out some of their beers. They offer roughly a dozen beer choices, so there are styles for pretty much any taste. I wish Beer By Design Brewery the best of luck, and hope that they have a great grand opening celebration today! If you’re interested in checking them out, see their info below.