Celebrating the BEST and BADDEST IPAs out there 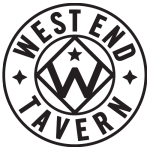 On Saturday, July 11, The West End Tavern and The Farm present the seventh annual JUL-IPA Festival, a celebration of the BEST and BADDEST IPAs out there. Brewers, beer geeks, and the Boulder community will join forces for this epic event of awesome ice-cold beer from 30+ breweries, delicious bites from The West End Tavern, live music by The Goonies and Sixty Minute Man, carnival games, and summer fun in the sun. All proceeds will benefit Safehouse Progressive Alliance for Nonviolence.

“We’re really excited about this year’s Jul-IPA Festival!” Says Sharon Read, Bar Manager at The West End Tavern. “It’s awesome to have the opportunity to host an event with the craft beer community while raising money for Safehouse Progressive for Nonviolence. Some of the best breweries in the country are contributing to the cause and we are stoked to taste all the delicious IPAs they will be pouring.”

Now in its seventh year (and its third year at the Millennium Harvest House), JUL-IPA takes place at the outdoor pavilion of the Millennium Harvest House Hotel in Boulder. Lots of shade from oak trees and the cool, calm Boulder Creek make it an ideal location for outdoor IPA drinking. The West End Tavern will be serving up it’s world-famous, rib-sticking BBQ Pulled Pork, Bacon Baked Beans, and Mac ‘n’ Cheese. The festivities kick-off at 12 noon and last until 4:00 p.m. Tickets are $30 per person and $10 for designated drivers (non-drinking).

To purchase tickets, and for more information, please visit: www.thewestendtavern.com/beer-and-bourbon/jul-ipa/