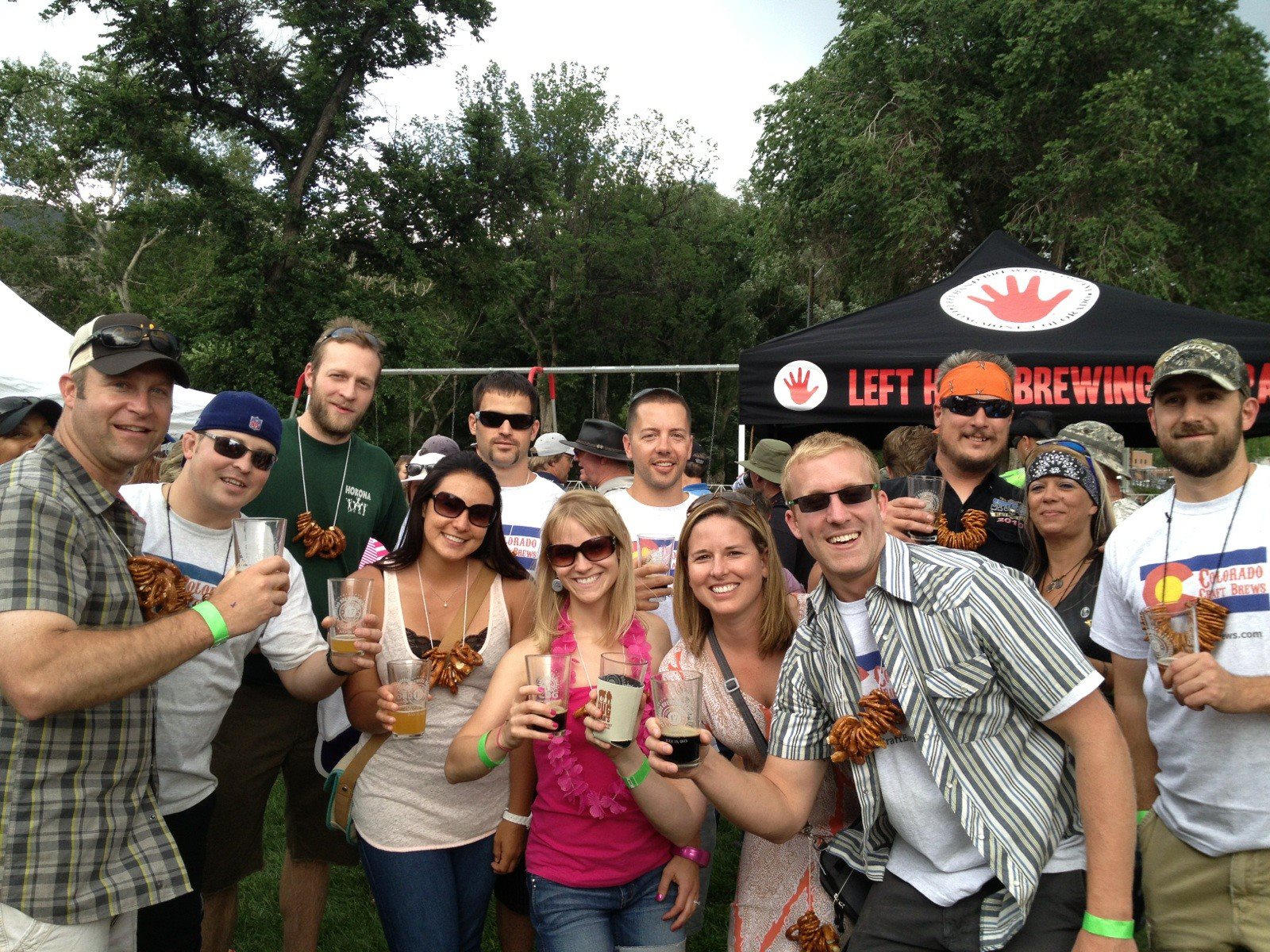 Colorado is full of great breweries and of course, great beer. Along with the great beer comes many fun beer festivals around the state. Our list includes some of our favorite festivals and is not meant to be a master list with every beer festival in Colorado. The 2017 Colorado Beer Festival list will continue to grow throughout the year and you can find the updated list here.

Boulder Craft Beer Fest – Boulder, CO: The 4th Annual Boulder Craft Beer Festival brings together the best craft breweries from Boulder County and beyond for a tasting festival, offering attendees samples of Boulder’s best beer. The festival includes live music and food for purchase. This is a ticketed event for those 21 years of age and older. August 19, 2017

BrüFrouFEST – Denver, CO: BrüFrouFEST 2017 will not only be the largest craft brewer + chef pairing event in the country, but also the finest. As always, the main attraction will be the finest Colorado craft beer + culinary pairing menu featuring 120 local brewers & chefs collaborating on 80+ unique pairings. July 16, 2017

Bruises & Brews Festival – Glendale, CO: Join thousands of rugby fans and beer aficionados at Glendale’s Bruises & Brews Beerfest Saturday August 26, 2017 from 12-4 p.m. at Infinity Park in Glendale. 20 breweries will showcase their top brews, along with a few distilleries and a couple terrific hard ciders. Beer and rugby… they are better together! For the complete Bruises & Brews Beerfest experience, fans also gain admittance to the 2017 RugbyTown Sevens tournament.

Burning Can notjusta BeerFest – Lyons, CO: Music. Food. 50+ Breweries. Rocky Mountain revelry. Our cans only beer fest set in our home town that kicked off the can beer apocalypse – Lyons, CO. All proceeds benefit ‘Can’d Aid’ the non-profit side of Oskar Blues Brewery, and is a public charity dedicated to giving back and doin’ good. June 3, 2017

Collaboration Festival – Denver, CO: Collaboration Fest returns for a 4th year! Don’t miss out on America’s most creative beer festival featuring 100+ beer projects with over 150 participating breweries. Come for the beers, stay for the conversation! Every beer tapped at Collaboration Fest has a unique story as two or more breweries come together to brew something special. The result? Some of the most exciting, delicious beer tappings you’ll find anywhere. March 25, 2017

Feast of Saint Arnold – Colorado Springs, CO: The 5th Annual Feast of Saint Arnold. “Colorado’s Family Friendly Beer Festival ” showcasing the best of Colorado’s craft brewers, winemakers, and emerging distilleries. It is located on the historic grounds of the Chapel of our Saviour Episcopal Church in the heart of the Broadmoor Neighborhood at the foot of Cheyenne Mountain. June 10, 2017

Great American Beer Festival – Denver, CO: A Denver tradition that takes place each fall. With exhibits manned by more than 400 of the top craft brewers in the nation, attendees are able to sample more than 1,800 different brews. The festival is produced by the Brewers Association, the national trade association for all craft breweries, which is located in Boulder, Colorado. October 5-7, 2017

JUL-IPA Festival – Boulder, CO: A CELEBRATION OF THE BEST & BADDEST IPAs! The West End Tavern and The Millennium Harvest House bring you the Third Annual JUL-IPA Festival. Bringing together brewers, beer geeks + the community. Check back for 2017 info.

Keystone Bluegrass & Beer Festival – Keystone, CO: Keystone brings the wonders of Appalachia to the Rockies. Down-home cooking, mountain music and a unique blend 30 microbreweries from Colorado and beyond showcase their unique blends of hops and barleys. Live music rocks out on 3 stages. August 5-6, 2017

Lafayette Brewfest – Lafayette, CO: Come and join us for the Lafayette’s Brew Fest featuring craft beers for sale from 25+ breweries.  Explore craft/micro beers one pour at a time! No entrance fee. Tickets sold by 4 oz pours. Visit a variety of restaurant and food booths, wine will also be sold. Only Service Dogs allowed. September 9, 2017

Palisade Brews & Cruise Festival – Palisade, CO: The Colorado National Bank Brews & Cruise Festival offers an opportunity to taste and chat with fellow beer lovers. We will have several acclaimed craft breweries, beer, and food pairings, live music and the finest quality of handcrafted unique products and arts and crafts. New this year is the VIP tent for 100 serious beer lovers. May 6, 2017

Parker Brewfest – Parker, CO: Many of the best, local craft brewers from Douglas and surrounding counties will showcase their products for sampling and discussions with attendees. 100% of proceeds from this event go to our Rotary Club’s support for many local projects and organizations and can be eligible for matching funds from our Rotary District 5450. August 19, 2017

Save the Ales – Denver, CO
Raise a glass with friends while helping Conservation Colorado raise funds to protect, conserve, and ensure a future with plenty of clean water for all Coloradans. Because no water means no beer! Your Save the Ales ticket purchase will help Conservation Colorado educate citizens on how to be stewards of water, collaborate with lawmakers to protect water at the policy level, and encourage people to stand up for the basic human right to clean, healthy water for all. August 10, 2017

South Denver Beer Fest – Littleton, CO: South Denver Beer Fest features over 60 breweries both local and national. The festival takes place in beautiful Clement Park in Littleton, Colorado.  The festival is set next to a lake with Rocky Mountain views in a distance.Guests will have the opportunity to sample over 150 beers and vote for their favorites in a variety of categories. Check back for 2017 info.

Steel City Brewfest & Competition – Pueblo, CO: Join us at the beautiful Pueblo Riverwalk for the 4th Annual Steel City Brew Fest. This event is part of the 17th Annual Loaf ‘N Jug Boats, Bands and BBQ Festival, presented by Loaf ‘ N Jug, an annual event that draws over 30,000 people over a two day period. The Steel City Brew Fest will allow participants to sample beer from both Colorado and national craft breweries. This event benefits the HARP Foundation, a 501(c)(3). May 20, 2017

Taste of the West – Golden, CO: Taste of the West is the premier culinary event in Jefferson County, Colorado. The “Taste” will feature award-winning cuisine from many of Jeffco’s best restaurants and caterers. In addition to tasty food samples, the festival will feature an assortment of beer from local breweries, wine and culinary exhibitors. 2017 marks the 3rd year for our Taste of The West beer garden, which highlights the great local craft beer from Jefferson County. June 8, 2017