The country’s finest chef + brewer pairing event comes to town on July 16th for the 4th annual pairing festival. After three years of chilly April showers, BrüFrou takes on summer with a who’s who of chefs, brewers, mixologists and musicians! Continuously innovating the craft beer & culinary event scene, BrüFrou expands to BrüFrouFEST (BFF) with two ticket levels, 50% more pairings, specialty tents and live music. The event will take place on the redesigned Tivoli lawn in the heart of downtown Denver.

New this year– 2 ticket types for even more accessible goodness. BFF will provide an expanded experience appealing to both aficionados and those new to local craft beer. 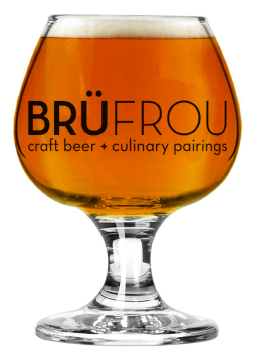 Craft beer, food and music lovers over 21 are invited to join the fun. Come toss your favorite festival blanket, relax with your first pairings as you peruse the menu of more than 80 delectable offerings. Play your favorite lawn games, dance with the bands, stroll through the marketplace in between bites and beer until you are fat & happy. Play with us on July 16th at BrüFrouFEST 2017.

How we pair partners:
Breweries and eateries are paired based on compatible flavor profiles, style and brand—we look for mutuality & contrasts. Sometimes partners have previously collaborated or are seeking new partners for an infusion of creativity; sometimes it’s
pairing French cuisine with French farmhouse beers. Sometimes, breweries are
looking for new tap placements while eateries are seeking the latest beer styles to
complement their cuisine. No matter the specific reason, the goal is to bring Colorado
communities—brewers, chefs and diners—together.

Music Line-up:
• The Mowgli’s: With hits including “San Francisco” & “I’m Good,” they are known for their laid-back mix of sunny West Coast pop, garage rock & 60’s Laurel Canyon folk sound.
• Zach Deputy: A multi-instrumentalist & songwriter based in Savannah, GA, Zach is best known for his live looping shows. He describes his style as “island-infused drum n’ bass gospel ninja soul.”
• Horseshoes & Hand Grenades: While strongly rooted in bluegrass, old-time, and folk music, the five Wisconsinites that make up the band, produce a sound that will make your toes tap from sundown to sunrise.
• Banshee Tree: Originally from upstate New York, the group plays a mix of standards like “On the Sunny Side of the Street” and mellifluously joyful originals like “Make it Rain” with a surprisingly original and enticing mix of gypsy jazz, folk pop and swing.
• Flatirons Jazz Quintet: From Bop to Bossa Nova to Funk to Mainstream, the jazz
quintet plays a wide cross section of favorite standards & original compositions.