On Thursday, March 19, The Post Brewing Company is throwing a party for the official grand opening of its Taproom in Lafayette, CO. Brewmaster Bryan Selders will serve up fresh cask beer from The Post’s spankin’ new beer engine, and all guests will get their FIRST BEER FREE as well as FREE HOUSE BITES. Doors open at 5pm and Grant Farm Acoustic Trio featuring Tyler Grant, Jordan Ramsey, and Meathook will perform from 5 – 8pm.

The Taproom will be a welcoming place for guests age 21+ to go to relax and enjoy fresh brewed beer, great music, and snacks. It will feature 12 lines of Post beer, including fan fav and GABF silver medal winner Howdy Pilsner. The special release, Taproom-exclusive cask beers will be tapped every Thursday, known as “Firkin Friday on a Thursday.” Casks will be prepared with beers already fermenting in The Post’s brewery and will almost always be ales rather than lagers. First up is Meathooks Dark Mild Ale specially dry-hopped with Azacca. Guests will also enjoy Fun & Games and can pair their brews with some delicious bites from GoodBird Kitchen which will include:

The Taproom will be open at 5pm Monday – Thursday and at 3pm Friday – Sunday.

About Cask Beer:  Cask beer is the traditional method of beer dispense originating in the UK. Often called real ale, cask beer is unfiltered beer which is naturally carbonated and conditioned in it’s final dispense vessel, the cask. This is accomplished by adding a small amount of sugar to the beer in the cask. The yeast in the beer converts the sugar into carbon dioxide and since the cask is sealed, the pressure build up causes the CO2 to go into solution thus carbonating the beer. The carbonation level is low compared to more mainstream draft beer leading to a softer mouthfeel. The Post’s cask beer is served cool, not cold and not warm, at 52°F. This allows full enjoyment of all of the beer’s flavor and aroma.

About Beer Engines:  A beer engine is the proper way to dispense cask beer. It basically pumps beer from the cask into the glass. As the beer is pumped into the glass, it’s forced through a cap with tiny holes called a sparkler. This expresses the CO2 creating a thick durable head of foam which is important to deliver full aroma from the beer and it makes the beer look beautiful. Nitro beer was invented to mimic this desirable  aspect of properly served cask beer.

About The Post Brewing Company:  A Big Red F Restaurant Group restaurant, The Post Brewing Company & GoodBird Kitchen brings family style dining and sessionable brews to Lafayette, Colorado and beyond. The Post brews beers that are gosh darn delicious. Bryan Selders, Brewmaster, designs each beer to pair perfectly with the food of GoodBird Kitchen. Chef Brett Smith serves comfort food cooked with the love of your grandma and the skill of passionately trained chefs that is meant to be shared like a family supper. 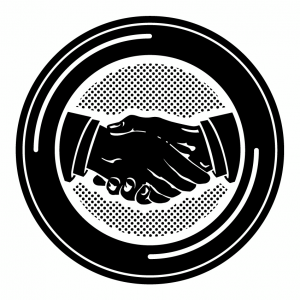 Our Mutual Friend Malt & Brew was started by a group of friends that were connected by two things; mutual friends, and a love of beer. To make a long story short, some of the founders of Our Mutual Friend had mutual friends with other founders. In a roundabout way the group got to know each other, and their love of beer turned into a brewery and taproom. The founders of Our Mutual Friend had experience in homebrewing. However, it was not always a goal to start a brewing business. In February 2012, the group of founders wanted to start a business together, but were not quite sure what that business would be. In May 2012, when the building Our Mutual Friend is located in became available for rent, the group decided they would get into the brewery business, and began making plans for the brewery and taproom.

There is some disagreement as to when Our Mutual Friend officially opened, but it was agreed that in December 2012, the brewery was open, and the taproom was selling beer from the tap. Our Mutual Friend started with a small budget. Some of the funds needed to officially open the tap room were generated from first brewing and selling beer -hence the disagreement as to when exactly the company began. The owners of Our Mutual Friend started out with the idea that they simply wanted to provide a great place to get a fresh beer. The taproom does not provide a ton of frills, but it is a great place to have a fresh beer, engage in conversation, or simply listen to good music.

Another unique part of the brewing process at Our Mutual Friend is the fact that they prefer to roast their own grain. Many brewers view roasting in-house as an unnecessary step in their brewing process. Bryan Leavelle and Brandon Proff both feel that by roasting in-house they are creating beers with the freshest flavors possible. It was noted how smooth each and every beer we tried was. From the Proletariat to the IPA, all of the beers at Our Mutual Friend had a great finish and without a great deal of bitterness.

Beer List: Our Mutual Friend provides a great lineup of beers, with styles to fit beer drinkers of all kinds. The Brown Ale was our favorite, and has an outstanding flavor with subtle hints of chocolate. The Winter Seasonal ‘Winter Warmer’ (not listed below) was our second favorite. The Winter Warmer has a rich flavor, but is not overly bitter, and has a nice finish.

We had a great visit with Bryan and Brandon at OMF. We appreciate them sitting down to tell us more about them, and of course, for sharing their beers. OMF is a great place to hang out and enjoy a good beer made with fresh ingredients, and brewed by guys with a passion for what they do. The atmosphere at OMF is fun and laid-back. With a relatively close proximity to Coors Field there will soon be the buzz of baseball season starting at Our Mutual Friend. On April 5th (Opening Day) OMF will be making available their Spring Seasonal the IPA 2. We recommend heading down to take in the great atmosphere, and of course, a great beer!